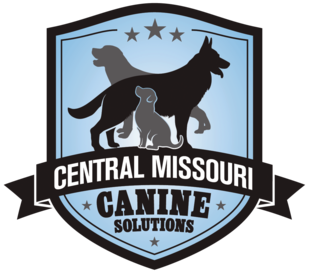 Mike began his professional dog training with Jessie in the Spring of 2017, mentoring as an assistant then as a full trainer.

Our training is focused around the foundation of the relationship you have with your dog.  To have a calmer, more obedient and compliant dog, he or she needs to look to you for cues on how to behave.  We'll help you with exercises designed to foster this relationship leading to a better companion at the end of the day.

We use your dog's motivation (what they want in that moment) and tie it to a behavior that works for you.  Markers and rewards (treats, toys/balls, attention, tug, play, etc) are used to reinforce wanted behaviors.

Throughout the training process we'll help you paint a clear picture for your dog so they understand "do this to get what you want", "but do this and you don't get what you want".  Allowing the wanted behaviors to be reinforced and repeated, and the unwanted to fade out.

As the owner and person living with your dog every day, we cannot replace you.  But we dedicate our training to educating and coaching you throughout the process.

Professional Experience
During her 12 years at the veterinary hospital, Jessie ran the Jump Start Puppy & New Start Dog Program.  Created  to satisfy the needs of the clinic's clientele, her training and behavior programs even brought in clients from other practices.  The Jump Start puppy program incorporated all of the beginning puppy training issues (house training, crate training, mouthing, leadership, vet care, etc.) and included a consultation and puppy class.  The New Start dog program was designed for those clients who had recently adopted an older pup or adult dog, and for those who needed a refresher for their dog.

A natural extension of the training services was also doing behavior consultations.  Jessie worked closely with one of the staff veterinarians to develop a full-service behavior practice.  Together they helped clients work on such issues as separation anxiety, dog-to-dog aggression, stranger aggression, etc.

Outside of her personal training experiences, Jessie has always continued her education in dog training and behavior by attending seminars and workshops done by both board-certified Veterinary Behaviorists, and other certified trainers and behaviorists.

The last several years the Oppermans were in the Northwest, Jessie also followed her passion for dog rescue by representing the German Shepherds for one of the oldest all-breed rescues in the nation.  During that time she rehomed over 100 German Shepherds.  As part of the rescue, she also helped the public learn about the breed, general dog training, and even helped some folks keep their dogs instead of rehoming them.


Personal
Jessie was truly hooked on training when she and Eric adopted a German Shepherd, Cain, back in the mid-90's.  She worked with him in the areas of advanced obedience, and sheepherding.  Cain received his Canine Good Citizen award and later Jessie & Cain became certified Pet Partners (therapy dog) through the Delta Society.  Together they visited nursing homes and grade schools.

Over the years the Oppermans adopted more dogs and Jessie continued to train through advanced obedience, obtaining the Canine Good Citizen awards and working in new areas, such as agility and tracking.  Jessie trained her own dogs under the tutelage of some of the most respected trainers in the Pacific Northwest.  This allowed her to broaden her own training experience and techniques, and many of the tips from these trainers have been adapted for use in our own training programs today. 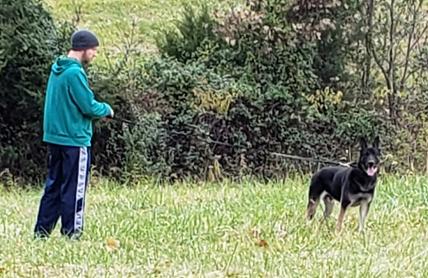 Mike has worked at Honey Creek Pet Resort LLC since the Spring of 2017.  Aside from helping in the kennels and office, he has been our Doggie Daycare Supervisor and mentoring with Jessie learning dog training & behavior.  You'll see him conducting most of the Puppy Classes and handling the demo work for the group classes.  He's the primary handler for our dogs here for Board & Train as well.

Mike has completed Trikos Team Dog Certifications and graduated as a Certfiied Police K9 Instructor through the Dog Trainer College in Indiana.  Through Leerburg, he has done continuing educations, including Michael Ellis's videos and course through the Leerburg University.

Mike currently owns a Shepherd Mix and a Border Collie.  He has trained each in basic obedience as well as working some agility and tricks - the favorites from his Border Collie are jumping up through his arms and fetching him a beer out of the fridge.

Training at Honey Creek Pet Resort gives us the option of several indoor areas and multiple fenced outdoor yards (including the 1-acre Bark Park) to work dogs around any number and level of distractions.  We are happy to come to your home to help cover your specific concerns. And we can also pick a public location to practice in a real-world setting.

Mike working with Freya on off-leash heeling in our Bark Park. 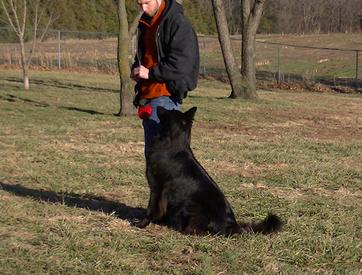 Jessie has been training dogs for more than 20 years and doing so at Honey Creek Pet Resort since 2008.  Mike joined Honey Creek in the spring of 2017, training dogs and supervising the Doggie Daycare dogs.  As plans came together over the past year to expand on the training services currently offered, the decision was made to re-brand as well  -  Central Missouri Canine Solutions was created!

We have been very excited to be expanding services.  In preparation, we have attented certification/continuing education courses at 2 well-respected national dog training schools.

Scroll down for more detailed bios.

Jessie is our resident trainer and behavior consultant.  She began her professional work with dogs in 1996 while working at a veterinary practice in the greater Seattle area.

Location - Our Place or Yours

or Take a Field Trip

Mike working on leash attention and recall along the greenway. 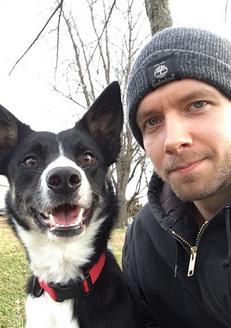